A New York dog has become the subject of a viral Facebook post advertising his adoption status but describing him as a ‘fire-breathing dragon.’

The Niagara SPCA in Niagara County is looking for a home for Ralphie, a rescued French bulldog who isn’t exactly ‘man’s best friend.’

‘Ralphie is a terror in a somewhat small package. What could go wrong with a 26lb dog, right? We’re sure you’re thinking: my ankles will be just fine. We’d caution- proceed at your own risk,’ the nonprofit animal agency wrote.

According to their post, Ralphie, who is still available after his viral moment, is best suited for a home with the ‘Mother of Dragons’ or any adult home with no other animals. 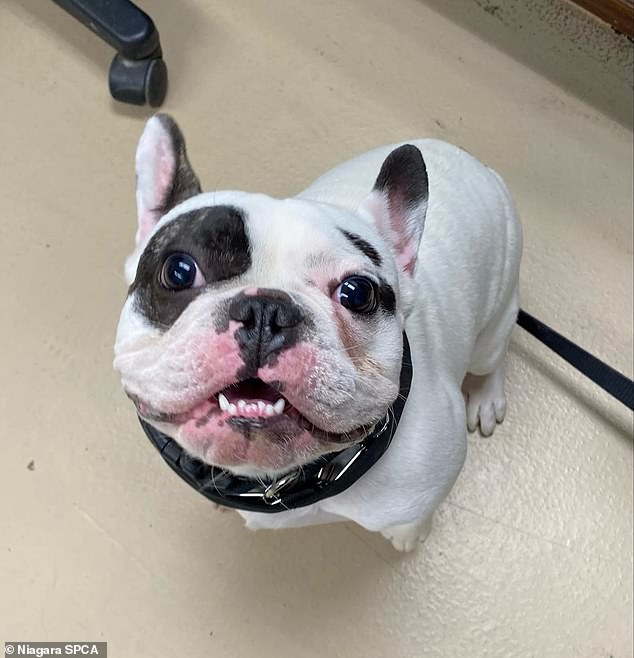 The Niagara SPCA in Niagara County is looking for a home for Ralphie, a rescued French bulldog who isn’t exactly ‘man’s best friend’

The post caught the attention of thousands of Facebook users who may have been stopped in their tracks when the agency said they could not ‘sugar coat’ the animal’s demeanor.

‘We don’t actually have too many nice things to say so we’re just going to come out with it,’ a post from the Niagara SPCA reads.

The post states that one may look at the pup and think he looks sweet and innocent, but that it simply not true.

‘At first glance, he’s an adorable highly sought-after, young dog. People should be banging down our doors for him. We promise you, that won’t be the case,’ it read.

The nonprofit says Ralphie seems to think boundaries and rules do not apply to him and that his ‘cute face got him whatever he wanted’ in his first home.

The Niagara SPCA said his relationship with the first owner was ‘built on the premise that Ralphie was the boss.’

Ralphie was taken to board and train but was rehomed. 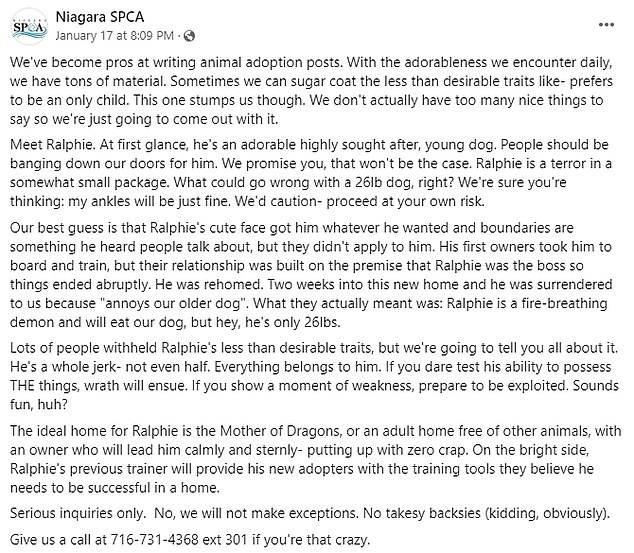 This is the description of Ralphie posted by the Niagara SPCA

In his second placement, the French bulldog was brought to the shelter because he was not getting along with the other dog in the home.

‘Two weeks into this new home and he was surrendered to us because “annoys our older dog,’ the nonprofit wrote in their post.

‘What they actually meant was: Ralphie is a fire-breathing demon and will eat our dog, but hey, he’s only 26lbs,’ the post continued.

Where other animal agencies may have thrown in the towel at this point, the Niagara SPCA continued, doubling down on their not-so-positive depiction.

‘Lots of people withheld Ralphie’s less-than-desirable traits, but we’re going to tell you all about it. He’s a whole jerk- not even half. Everything belongs to him,’ they wrote.

‘If you dare test his ability to possess THE things, wrath will ensue. If you show a moment of weakness, prepare to be exploited. Sounds fun, huh?’ the agency continued.

‘The ideal home for Ralphie is the Mother of Dragons, or an adult home free of other animals, with an owner who will lead him calmly and sternly- putting up with zero crap,’ they wrote. 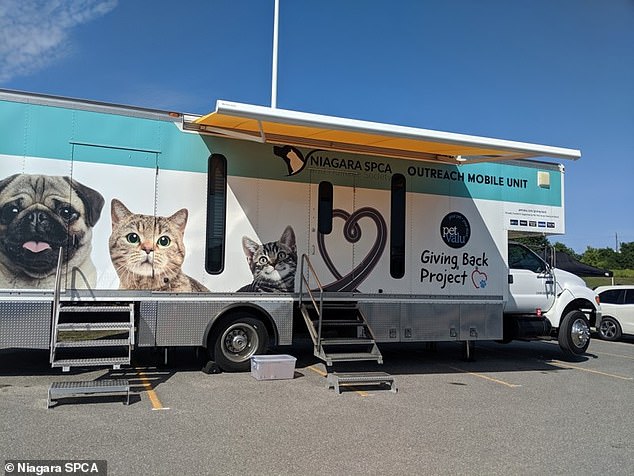 The Niagara SPCA is a nonprofit shelter in Niagara County, New York

The Niagara SPCA is looking for serious inquiries only with no exceptions.

Since it was posted Tuesday, the picture has received nearly 2,000 likes and hundreds of shares.

Hundreds of people have also commented on the post, some expressing interest while others share their own personal stories of their ‘jerk’ pets.

‘Little ralphie here sounds like a reincarnated boba Fett. We lost him the year before last to cancer. He was not the easiest dog, he was most certainly a test your patience kind of dog, but he made life interesting, and we loved him very much,’ wrote one woman.

‘I’d like to donate toward his adoption fee. I’m bossy and too much for some people too, so he’s a little bit my spirit animal,’ said another commenter.

‘His face says that he is 0% sorry,’ wrote another. 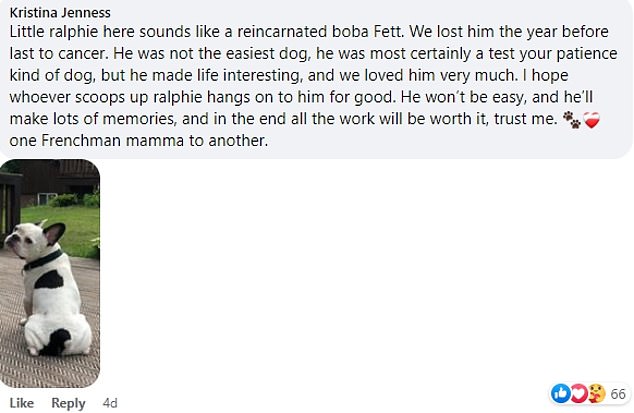 Commenters shared their own stories of ‘jerk’ pets underneath the post

One woman offered to pay for the animal’s adoption fee, calling Ralphie her ‘spirit animal’ 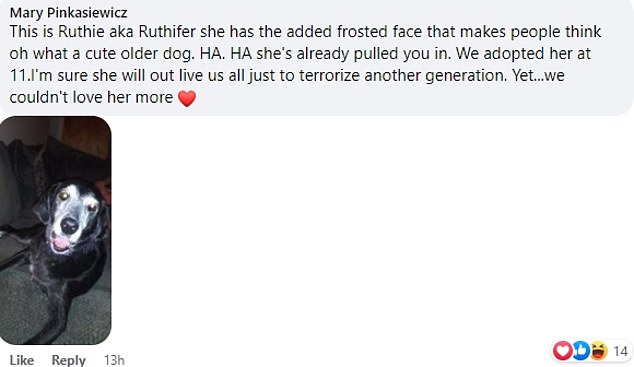 These tips can help keep your pets safe when temperature drops

A more sustainable type of advertising

Feb 4, 2023 admin
We use cookies on our website to give you the most relevant experience by remembering your preferences and repeat visits. By clicking “Accept All”, you consent to the use of ALL the cookies. However, you may visit "Cookie Settings" to provide a controlled consent.
Cookie SettingsAccept All
Manage consent

This website uses cookies to improve your experience while you navigate through the website. Out of these, the cookies that are categorized as necessary are stored on your browser as they are essential for the working of basic functionalities of the website. We also use third-party cookies that help us analyze and understand how you use this website. These cookies will be stored in your browser only with your consent. You also have the option to opt-out of these cookies. But opting out of some of these cookies may affect your browsing experience.
Necessary Always Enabled
Necessary cookies are absolutely essential for the website to function properly. This category only includes cookies that ensures basic functionalities and security features of the website. These cookies do not store any personal information.
Non-necessary
Any cookies that may not be particularly necessary for the website to function and is used specifically to collect user personal data via analytics, ads, other embedded contents are termed as non-necessary cookies. It is mandatory to procure user consent prior to running these cookies on your website.
SAVE & ACCEPT
Go to mobile version